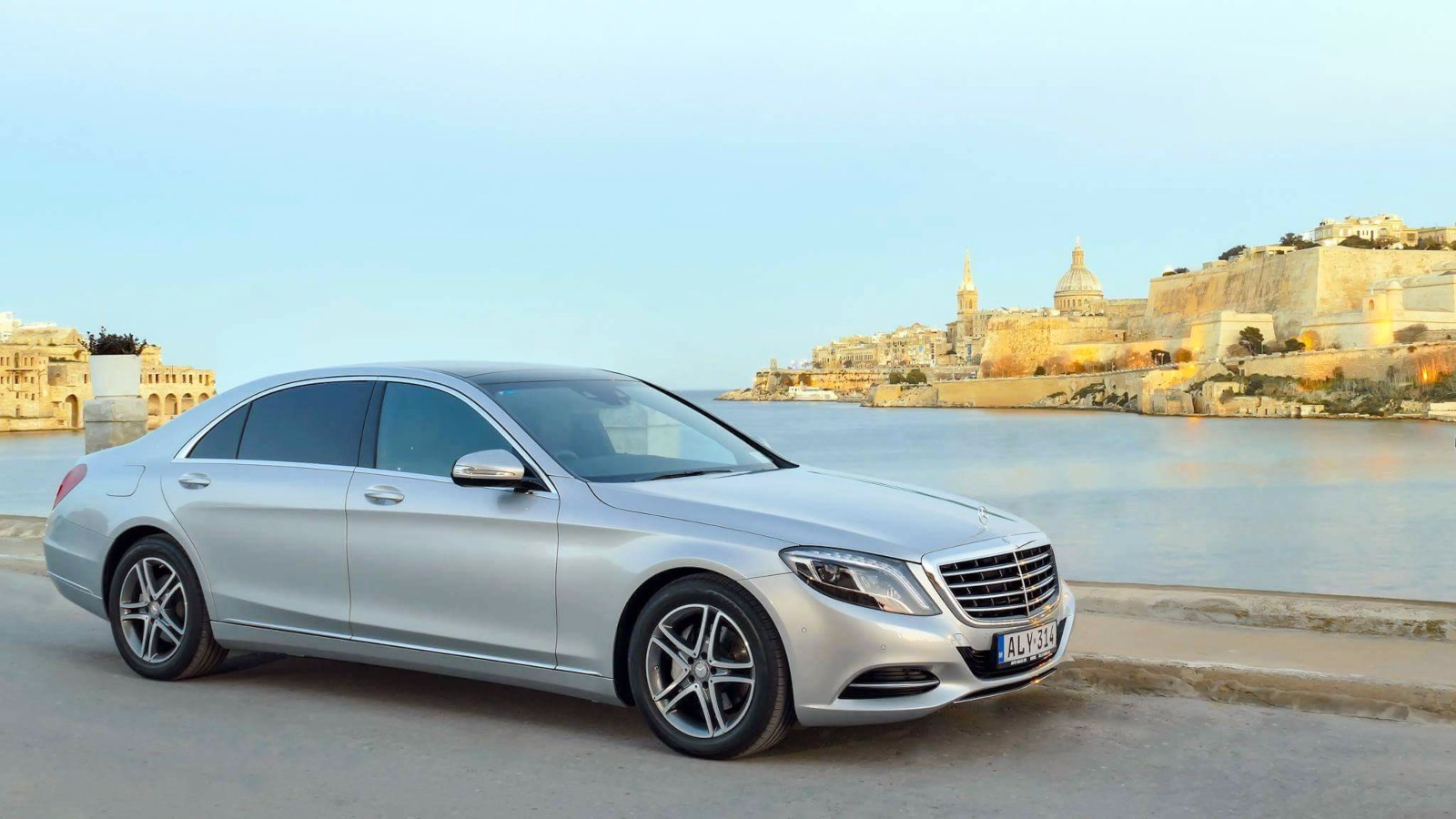 Landing to Luxury: Top 5 luxury spots to visit after arriving in Malta

By Christian Galea November 8, 2019 No Comments

Malta is known for its breath-taking views, warm summer weather and a calm, laid-back island mindset. This exotic archipelago has more than its fair share of luxury spots; from 5-star hotels, world-class spas to fine-dining gourmet restaurants, if you want to live in the lap of luxury then Malta is the spot for you! Forget waiting for buses or trying the brave the Maltese roads by yourself, you’ll be back in knots before you know it! If you want to go the whole nine yards, book yourself a luxury chauffeur service in Malta to escort you to some of these exquisite top 5 luxury spots in Malta!  Booking a chauffeur in Malta might seem like an indulgence. However, a chauffeur isn’t just a fancy name given to drivers. The difference between a driver and a chauffeur is the impeccable and personalized experience that the latter offers. Our chauffeur services in Malta revolve around providing our clients with a luxurious and flawless driving experience. One which goes above and beyond simply taxing passengers around. Here are the top 5 reasons you should book a luxury chauffeur service in Malta.

Before you can even begin to consider Malta’s luxury hotspots, you’re going to need to check-in. A 5-star hotel will be the perfect spot for you to offload your bags and to spend some downtime in after a long day soaking in the sights and the sun! Thanks to Dacoby’s airport chauffeur service one of our private chauffeurs will be there to greet you with that famed Maltese hospitality right from the moment you land in Malta’s International Airport. There are dozens of 5-star luxury resorts scattered all across Malta, and all of them have something unique to offer the discerning customer.

The St.Julian’s area offers some of the finest accommodation resorts in all of Malta. With its gorgeous sea-front views and is just a stone’s throw away from Malta’s nightlife and casino center, it’s no surprise why several 5-star hotels have set up shop there. St. Julians is just as lively during the day as it is at night with shopping centers teeming with designer brands, deluxe coffee centers, not to mention the marina where you can charter a cruise to enjoy Malta from a different angle.

If you need to freshen up after a busy day shopping or loosening up before hitting the town, St.Julian’s also offers some of the world’s most renowned Spa Resorts! And thanks to our luxury chauffeur service you can go directly from the airport to your hotel, to the nearest Spa Resort and back again without missing a beat.

If you just want to get away from all the hustle and bustle of the city, there are plenty of luxury resorts located around Mellieha, at the very tip of the island. Mellieha and the surrounding areas offer a more tranquil take on Malta, with its laid-back character you’ll start easing into island life without even realizing! Mellieha’s elevated location allows for an unparalleled view of the island and its azure sea, and thanks to our luxury chauffeur service you can just sit back and enjoy the vista.

Valletta and The Three Cities

Valletta has been called “A city built by gentlemen, for gentlemen” Founded in the late 16th century by the Knights Hospitaller, Valletta is one of Malta’s most prestigious historical sites. The surrounding cities of Birgu, Senglea, and Isla, affectionately named “The Three Cities,” are a part and parcel of Valletta’s historic roots. You’ll find some of the finest examples of High Baroque architecture all around Valletta, such as in St. John’s Co-Cathedral, as well as some of the magnificent paintings by the illustrious Mattea Pretti and Caravaggio himself.

However, Valletta is also a bustling modern city in its own right. There are many picturesque cafes and gin bars, as well as numerous shopping centers throughout the Capital. Valletta also frequently hosts art exhibitions of both historic and contemporary artworks, depending on the time of year. Why not explore Valletta and the surrounding area with our luxury chauffeur service and discover for yourself why Valletta was named the European Capital of Culture?

Nothing says elegance and sophistication quite like a Tea party. Indulge yourself (and your sweet tooth!) in some of Malta’s most spiffing tea rooms.  Teahouses are a fabulous way to just slow down and admire as life wafts by on the aromatic fragrance of tea. Whether you’re looking for herbal teas, black tea or an exotic herbal infusion you can have your cake and eat it too in Malta’s finest teahouses!

Speaking of cake, in the heart of Malta’s former capital of Mdina, you’ll find the Fontanella Tea Garden has a unique selection of cakes and pastries that pair nicely with a good cup of tea. Mdina, also known as the Silent City, is an architectural marvel and is steeped in history. You’ll find numerous museums as you stroll along the city’s winding streets. Cars are not allowed in the Silent City, but our luxury chauffeur service will drop you off right at the gate of Mdina.

The stately Palazzo Parisio is located in the quaint town of Naxxar and offers a fine afternoon tea service. Our local chauffeurs will be more than happy to give you some historical insights into the town. Our luxury chauffeur service will drop you off at the Palace with the same punctuality and professionalism as that of the Queen’s own Royal Guard. Pip pip, old sport!

When it comes to food Malta offers some of the most exquisite fine-dining experiences. You’ll find several excellent restaurants dotted around the island serving some of the most scrumptious dishes you’ve ever laid eyes on.

Maltese cuisine draws inspiration from numerous sources, think of it as a blend between Middle-Eastern and Mediterranean flavours, besides Malta’s own traditional dishes! The charming village of Mgarr boasts some of the best restaurants for traditional Maltese cuisine, such as horse, rabbit, and quail. Each delectable and definitely worth a try.

What about stepping away from it all? Take the opportunity while you’re in Malta to explore other parts of the Mediterranean. Our chauffeur service in Malta can be extended to a day-trip in Malta’s neighbouring island, Sicily. Dacoby’s Malta-Sicily Chauffeur Tours are characterised by the same leisure, style, and attention to detail that is present in all aspects of our chauffeur services in Malta.

Each tour is tailored to your personal preferences and interests thanks to our highly personalised chauffeur service. We will work with you to create a personalised itinerary so you can sit back and enjoy the Sicily that you’ve always wanted to see!   You’ll be traveling in unrivaled comfort, in luxury Mercedes chauffeur vehicles, with guides who are highly qualified and possess expert knowledge of the destinations you wish to see.

Our meticulous planning ensures that every detail of your chauffeur transport and tour itinerary is expertly managed, leaving you free to enjoy your time in Sicily!

Malta has something for everyone to enjoy, but for the bon vivant, Malta offers unparalleled sophistication and grace for those who know where to find it!  With our airportchauffeurservice, your pleasure starts the moment you land.  Let us take you on a journey through Malta’s more exclusive side, and enjoy the grandiose elegance that Malta has to offer with our luxurychauffeurservice.

A Chauffeur is more than a driver. A chauffeur is your envoy of excellence. Enjoy our luxury chauffeur service by booking a chauffeur in Malta. And let us do the rest.

This website uses cookies to improve your experience while you navigate through the website. Out of these cookies, the cookies that are categorized as necessary are stored on your browser as they are essential for the working of basic functionalities of the website. We also use third-party cookies that help us analyze and understand how you use this website. These cookies will be stored in your browser only with your consent. You also have the option to opt-out of these cookies. But opting out of some of these cookies may have an effect on your browsing experience.
Necessary Always Enabled
Necessary cookies are absolutely essential for the website to function properly. This category only includes cookies that ensures basic functionalities and security features of the website. These cookies do not store any personal information.
Non-necessary
Any cookies that may not be particularly necessary for the website to function and is used specifically to collect user personal data via analytics, ads, other embedded contents are termed as non-necessary cookies. It is mandatory to procure user consent prior to running these cookies on your website.
SAVE & ACCEPT